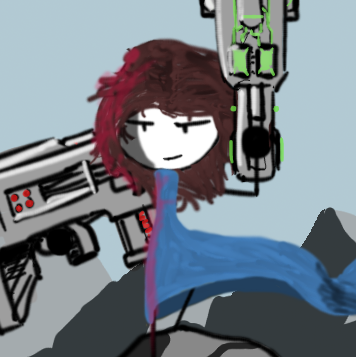 Aaaaand it’s not really a comic at all, but who cares, let’s party! I took your suggestions as seriously as I could and the result is downloadable in three different resolutions, hooray!

See how helpful I am?
Help me help you
by sending your questions
to journalcomic at gmail dot com 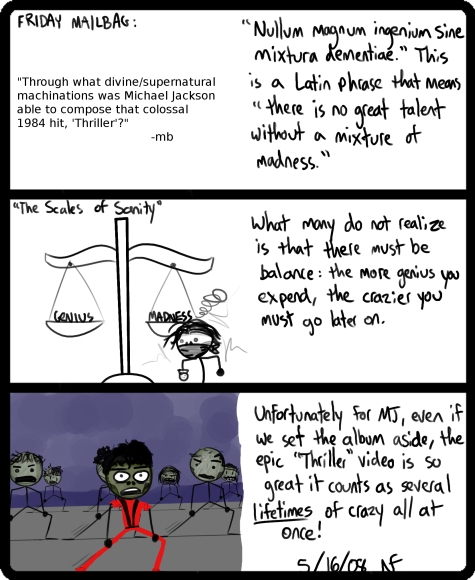 I’ve probably mentioned elsewhere that I draw these comics in a much larger size than what gets posted on the website. When I resize the image to post it, a certain degree of fine detail is lost. Sometimes I use this to my advantage, in order to ‘fudge’ certain scenes; it’s hard to describe if you’re not sure what I mean, but basically I cheat a little because I know readers won’t be able to see the difference.

In this particular comic, however, I clearly remember how sad I was after re-sizing the comic for the web. I went off on kind of a thing in that third panel, and added a lot of little lines and fine details that were basically lost. Oh well. At least I know they’re there. [February 22, 2012]

This comic is based on an actual conversation I had while I used to be an educational assistant at the local high school. Part of my job was to work with a student with Asperger’s Syndrome. This individual had a lot of fairly wild ideas, like becoming an international diamond thief or somehow granting himself superpowers via “cat DNA”. I attempted to be the voice of reason and also to keep him on task.

One day, he strolled into the computer lab and wondered aloud if there were any thunderstorms forecasted for the weekend, explaining that he was planning to harness said lightning in order to re-animate a deceased relative of his. I responded that this was not a good idea. Of course he demanded to know why, and though I wanted to argue that it was “wrong” I found myself unable to properly explain how I knew that.

In the end I had to take the “it just won’t work” line, something I did fairly often (even though sometimes I really felt like a buzzkill). [November 24, 2011]